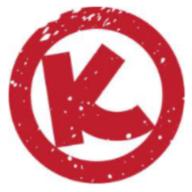 ...in a tiny house near the Belgian country side, living a rather simple "life...industry at the horizon, generously distributing its flavors... Quote 1: "Material life is like staying overnight in an uncomfortable inn..." <Theresa of Avila> Quote 2: athato brahma jijnasa janmady asya yathah "Now therefore, one should desire to inquire about the Brahman. Brahman is He from whom everything emanates." <Vedanta-sutra (1.1.1-2)> What differentiates men from animal, is the ability of human intelligence to inquire about the Absolute Truth. Quote 3:"Any religion you may profess - it doesn't matter - I want to see whether you have got the result of religion; Love of God". <Bhaktivedanta Swami Prabhupada> Patiently awaiting sun rise, we continue bowing down... quietly praying for Lord Gauranga's mercy... http://vedabase.net/en http://stephen-knapp.com/links_to_other_websites.htm http://www.harekrsna.com/pra